I started out today wanting to take the girls somewhere different.  I have been feeling stir crazy lately.  It’s not like I have been house bound, so I am not exactly sure why.  Anyway, my grand plans ended up being much simpler but it was actually a fun day even without all the fanfare I was initially craving.

We started off by heading out to get the oil in my car changed, which I was cringing a little bit about because I took both girls with me.  However, it was the most fun I have ever had at Jiffy Lube.

“Mom!  There’s a guy UNDER the car!”, exclaimed Meredith.

This mundane, even irritating, part of adult life was so fascinating to my little ones.  They loved standing on the chairs in the lobby watching the guys work under the car and in the engine.  And the guys loved having such a fascinated audience and were waving and putting on a show while they worked.  It was cute.

We then headed home, grabbed some lunch and headed outside with some water balloons.  The girls loved chasing me with the balloons trying to get me wet.  I am really lucky they don’t have great aim yet as they were ruthless in their attack.

Then, out came the sprinkler.  We have not had much luck in the past with the sprinkler.  It has only been recently that both girls have become comfortable with water in their faces.  At most, it has kept them entertained for about five minutes.  That was not the case today.  Today, they loved it. 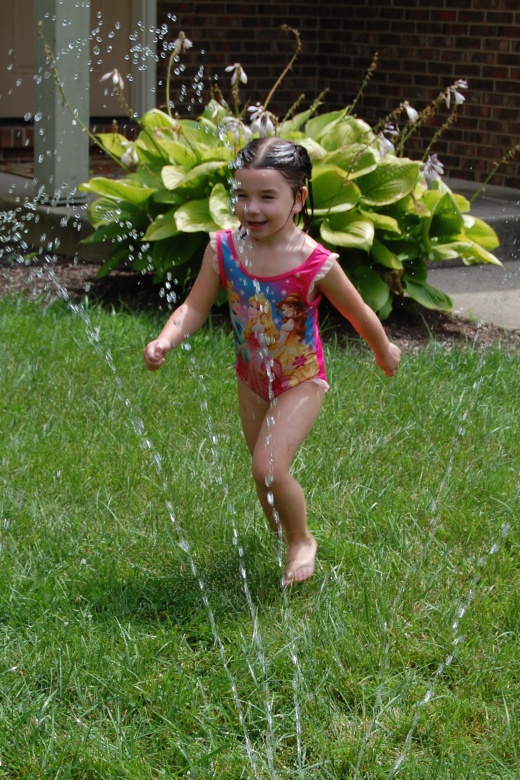 They must have run through that water for a solid half an hour – which is huge in the realm of toddler/preschool attention spans.  Then, the game became seeing who could get Mom the wettest by hugging her.  They also filled watering cans and helped me water the plants and did a little water ballet. 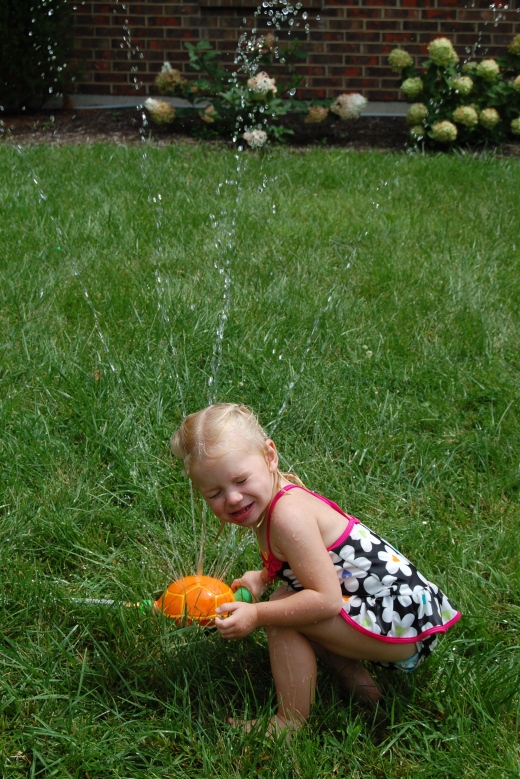 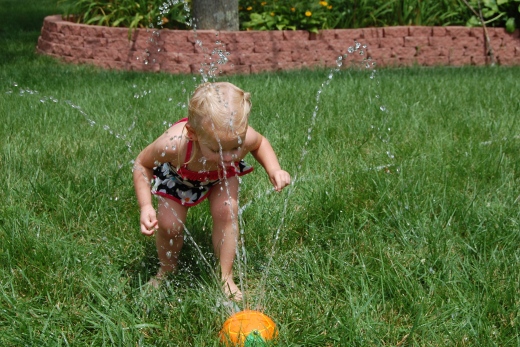 And while the best part was watching them have so much fun, the next best part was that I got to get all of my weeding done in the front gardens while they played.

Posted in Uncategorized. Bookmark the permalink.

I am a married, working mother of two beautiful girls. I do not claim to be an expert at anything, but I am honest and try to keep a realistic and healthy perspective on life. I recently made a pact with myself to try to live as much in the moment as I can. I enjoy photography, cooking and seeing my children enjoy life. My life is hardly perfect, but I am pretty blessed.
View all posts by sarah »
← Virtual Candy Land
Megaland →